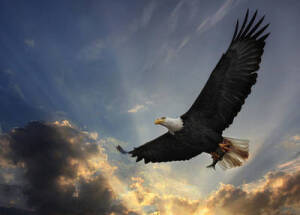 Michael Stenwick, age 80, of Golden Valley, MN passed away on Sept 19, 2022. He was born in Red Wing, MN on Nov 12, 1941, to Vincent Stenwick and Geraldine Frances Veith. After Vincent died in 1949, Geraldine raised Michael and his sister Anna with help from relatives.

Michael married Judy Nelson in 1961. He graduated from Hamline University cum laude in 1963, received his MD in 1969 from U of M, and became a senior internist at the Bloomington Lake Clinic in 1973. He was elected President of BLC in 1984 and worked there until retirement in 2002. He also became Director of Cardiopulmonary at Riverside Medical Center in 1986 and a Fellow of the American College of Physicians in 1990.  He was described as a man of towering intellect and passionate opinions who treated collegues with kindness, fairness, and concern. He liked Ole & Lena jokes, watching Vikings games, and relaxing at his lake home in Wacouta with Judy. They enjoyed 59 years of marriage together.

A Celebration of Life will take place at Bradshaw Funeral Home, 2800 Curve Crest Blvd, Stillwater, MN on Sunday, Sept 25th at 3 PM with visitation beginning one hour prior. The Celebration will also be livestreamed and archived (link will be available below). Interment will take place at Wacouta Cemetery in Red Wing.

Donations to Partners In Health (www.PIH.org) or Second Harvest Heartland (www.2harvest.org) are requested in lieu of flowers.