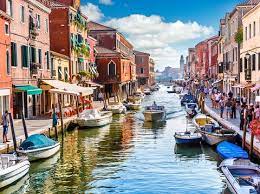 Ben was born on Nov 18, 1939, in Manila. He was the third child of six and first son in his family. A major factor in his life was that he (and all his family) lived through and survived the Japanese Occupation during WWII. Stories about this time in his life created a connection to his past for his children and nieces that grew up far from that life.

Rouben came to the states in the early 1960’s to attend the University of St. Thomas where he obtained his Undergraduate Degree in English. He then went on to get a Master's degree in Creative writing with a Minor in Journalism at the University of Oregon. He taught English at Central Oregon Community College for a year and then moved to Granite City Illinois where he worked as a reporter at the Metro East Journal for 2.5 years. In November of 1969 Ben moved back to Minnesota with his now young family of four to join the St Paul Pioneer Press as a reporter where he wrote daily about a wide variety of topics. He had a knack for making connections with everyone he met. His good-natured personality and sense of humor made people feel comfortable.

After his retirement in 2002 from the Pioneer Press he was able to spend more time skiing, golfing, following college sports with his daughter and traveling. Trips to Italy, Hawaii and Florida  with Linda stand out as favorites. He was also able to pursue his creative side by taking  painting classes with his son, as well as, working on a children's book about two Filipino boys in search for lost Japanese treasure involving hoodlums and a Japanese soldier living on a remote island for years not knowing the war is over.

Above all, Ben was a storyteller and was often the center of attention at gatherings where he shared his stories and passion for sports and family.  He will be greatly missed by his family and friends.

Ben is preceded in death by his parents, Rosendo and Rosario; siblings, Rosem, Renato, Raquel, Rebecca, and Rosanna. He is survived by his loving wife, Linda and her children Joseph, Lisa, and Jonathan; former wife, Sandra and their children, Juan and Yvette; and three children in the Philippines including Michael with whom he had recently reconnected; as well as many cousins, nieces, nephews and grandchildren around the world.

Memorials preferred and may be made in Ben’s memory to the donor's choice of charity.

To send flowers to the family or plant a tree in memory of Rouben Maria Chanco, please visit our floral store.